This Sunday, at Awesome Con in Washington, D.C., I’ll be on a panel of local authors at 11 a.m. I thought a lot about how to get people as interested in coming as I am in participating, and I realized the best thing to do was provide the basis for why I’m excited to hang out with five other D.C.-local authors: they’re all intriguing writers and people that you should get to know, and I think if you know a little bit about them, you may decide to come hang out with us.

So, please humor me while I say some nice things about my friends.

END_OF_DOCUMENT_TOKEN_TO_BE_REPLACED

I’ve never been so afraid to feel at home.

As I walked among the cosplayers dressed as slasher idols and evil deadites, the people wearing death metal or obscure B-horror t-shirts, one thought kept going through my mind: These are my people.

For all of the fascination with murder and the macabre and the gore make-up, I don’t know if I’ve ever been to a place where there was more kinship and acceptance, where it didn’t matter who or what you were, just that you shared similar passions. Everyone had come for a single, unified purpose: to have a great time.

END_OF_DOCUMENT_TOKEN_TO_BE_REPLACED

This weekend, I was at the International Day of the Book Festival in Kensington, Maryland, a small town just outside of Washington, D.C.

Kensington is on one of D.C.’s major commuter routes, Connecticut Avenue, but most people who have ever driven through it have probably never turned onto Howard Avenue through Kensington’s historic district. It’s relatively small, but its finely aged buildings set across from landmark train tracks make for an interesting stroll into one of the D.C. area’s time-locked places. Many of them have been swept away in the name of progress.

Leading up to the festival, the weather forecast was rain. Since the festival was to be hosted outside, that would have been a problem. Fortunately, the rain hurried along and came through the night before, and the weather couldn’t have been better.

END_OF_DOCUMENT_TOKEN_TO_BE_REPLACED 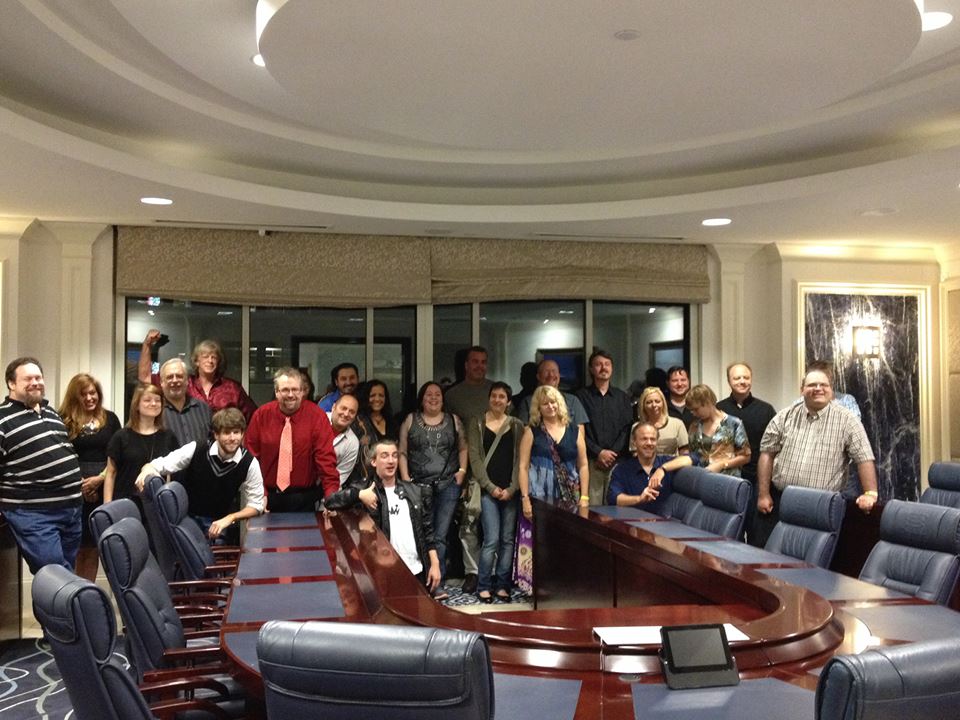 A number of months ago (my consciousness doesn’t have time for time), Michael Wilson, president of Permuted Press, invited any authors in his stable to come down to Nashville for Wizard World Comic Con in September. He would later confess he expected only a handful of us. He got about twenty-five.

Despite a substantial work conflict and some crazy guy in Aurora, Illinois, setting blaze to a regional air traffic control facility, I was determined to get there. So, when I got the robocall informing me that my Southwest Airlines flight had been canceled and good luck with that, I shrugged and decided to drive it. From Chicago, which is where I had to be due to the work conflict, Nashville is about a seven and a half hour drive.

Nine and a half hours later (thanks, Indiana DOT, for all the lane closures), it’s 3 a.m., and I arrive at the hotel. I feel a bit like Tom Hanks in Castaway when he returns to civilization and can’t talk to people.